Normandy : The finest drinks from Cider to Calvados

Normandy is probably one of the most beautiful and authentic regions in France. The picturesque little towns are charming. The coast offers marvelous harbours such as Honfleur and Deauville to mention only the most famous. The numerous castles from the different eras of French history from the 100 years’ war and to the Renaissance also contribute to the sumptuous landscape of Normandy.

But the region located north of Paris is also highly reputed for its gastronomy and drinks, quite authentic too. These 3 beverages are the greatest ambassador for the region that witnessed D-day. We are going to present the different drinks that built the reputation of Normandy.

The cider trail or “Route du Cidre” North of Caen and all around Cambremer is probably the best site to taste some of these beverages. This little tour is a project that started in 1974 and now regroups around 20 cider-makers. It also gave birth to the appellation “Cru de Cambremer”. While you’re at it you should go and visit the Chateau de Crèvecoeur-en-Auge and the “Jardin du pays d’Auge”. They are wonderful and not far from this road. 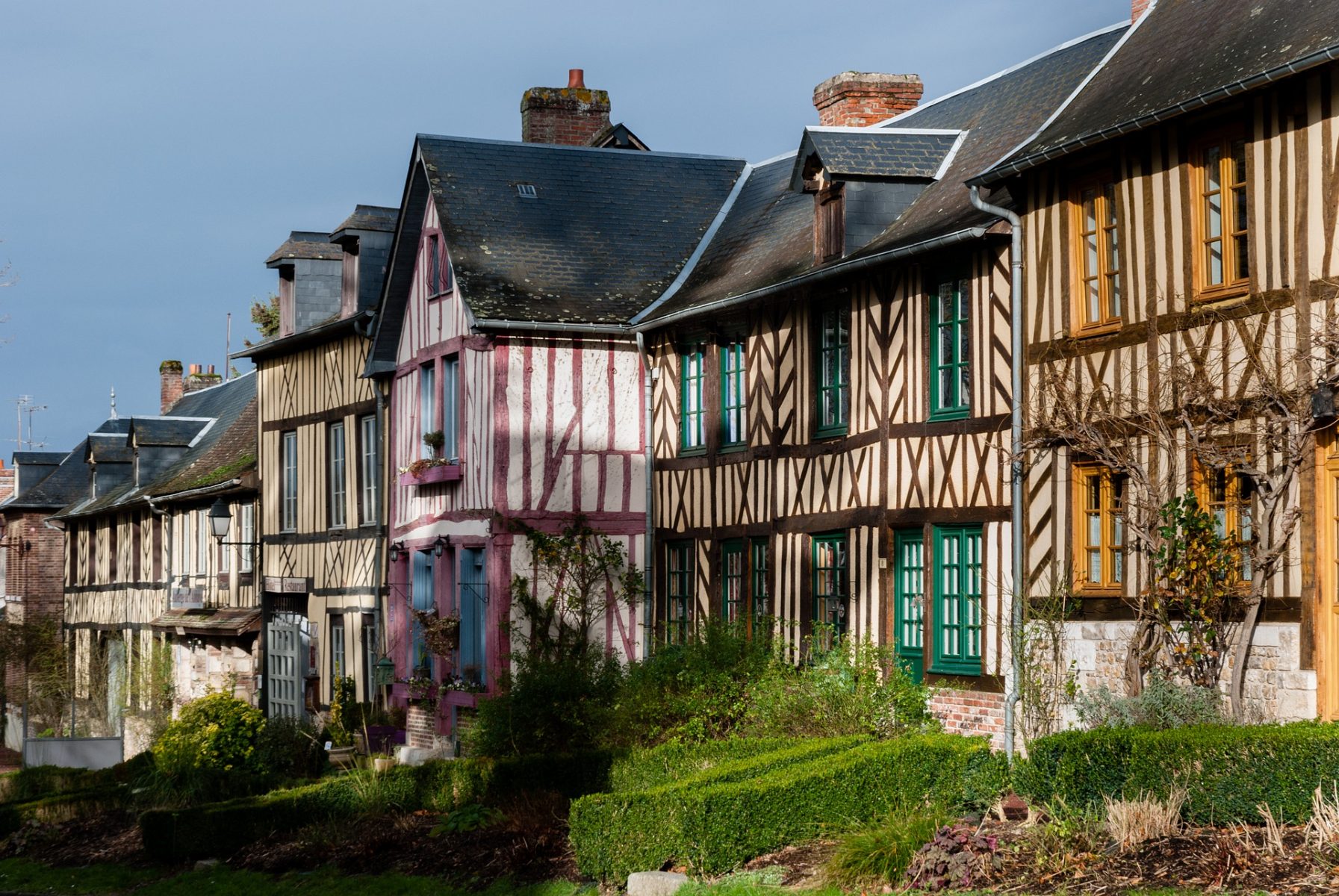 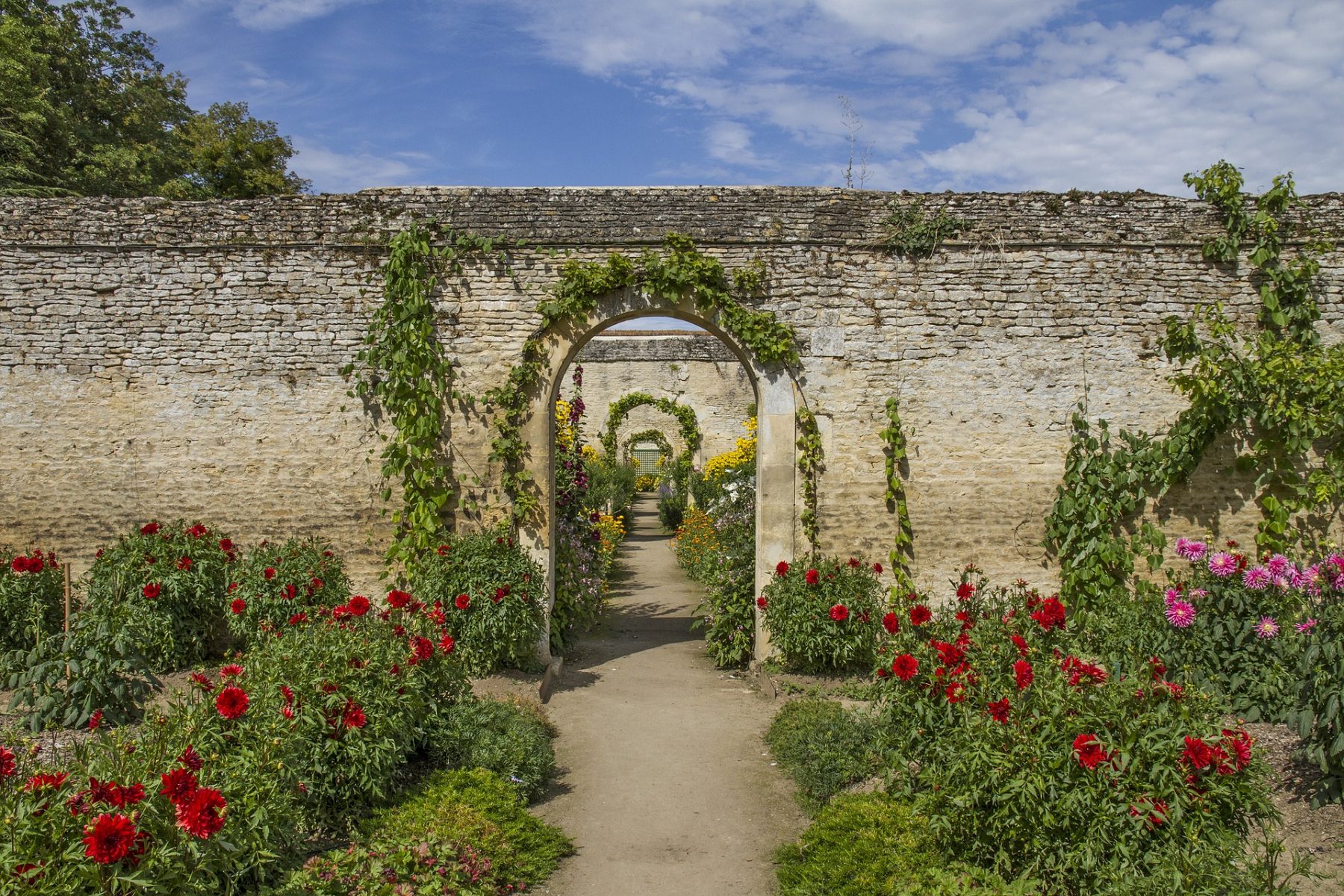 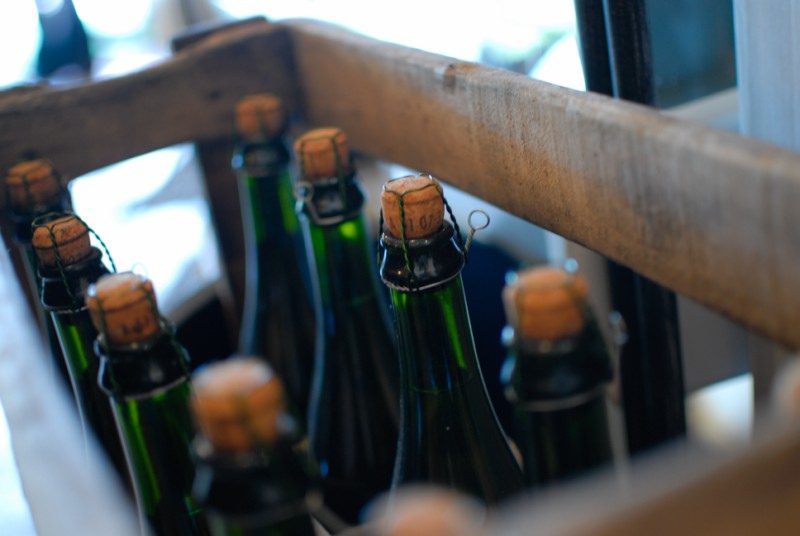 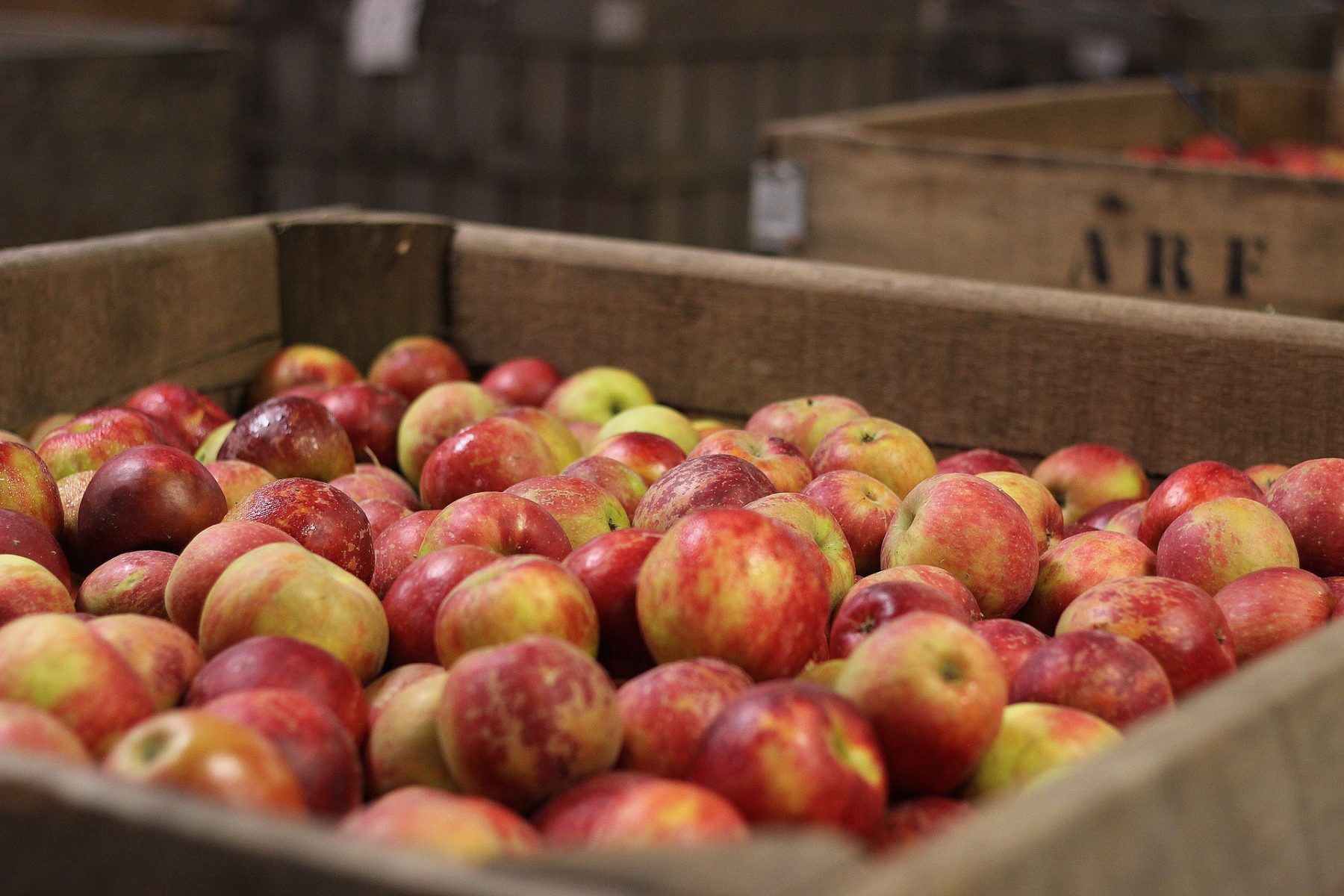 The “Cidre de Normandie” is very well known, being the first cider-producing region in the world. Dating back to 64/63 B.C., you can currently find about 43,000 farms with orchards.

The different steps to making cider are quite easy.

First, you need apples. There are above 2,000 varieties of apples but only 100 are actually and widely used to make cider. More or less acidic, tangy, sweet… these are the determining variables when choosing the apples you want. Then you extract the juice from these apples. Some producers decide to filter once or more to be sure to retain only the juice. After these steps, you measure the acidity and the sugar of the apple juice to adjust it.

Most cider-makers add some yeast to the apple juice while others, more purist, don’t add anything. Then you let the fermentation begin. It can last a week or few months, depending on the temperature.

In Normandy, the traditional method consists in using straw for the pressing. The producers install the straw to separate the different layers of apple. It gives more complex aromas to the cider. A second process is part of the Norman way to make cider named “keeving”. It consists in a natural separation step that occurs at a low temperature and very slowly in the early stages of fermentation. It gives a sweetness and a typical characteristic to French cider.

You can find 3 types of cider depending on the sugar and so the degree of alcohol: brut, demi-sec and doux.

This is the most recent of the three drinks from Normandy. It took off when producers in the 1970’s started using a system called “mutage”. It is the process of adding Calvados to their apple juice with optimal taste and fruitiness. The idea was at first to preserve the juice from losing its flavor over the years. Today, it is named “Pommeau de Normandie” and since 1981 has been sold on the public market. It was given the AOC designation in 1986.

The ratio between calvados and apple juice depends on the houses but it is usually of 1/3, 2/3. You can appreciate its flavours directly at the producer’s house on the cider trail. Not as famous and widely produced as cider and calvados, you can appreciate it as an aperitif or on a dessert. 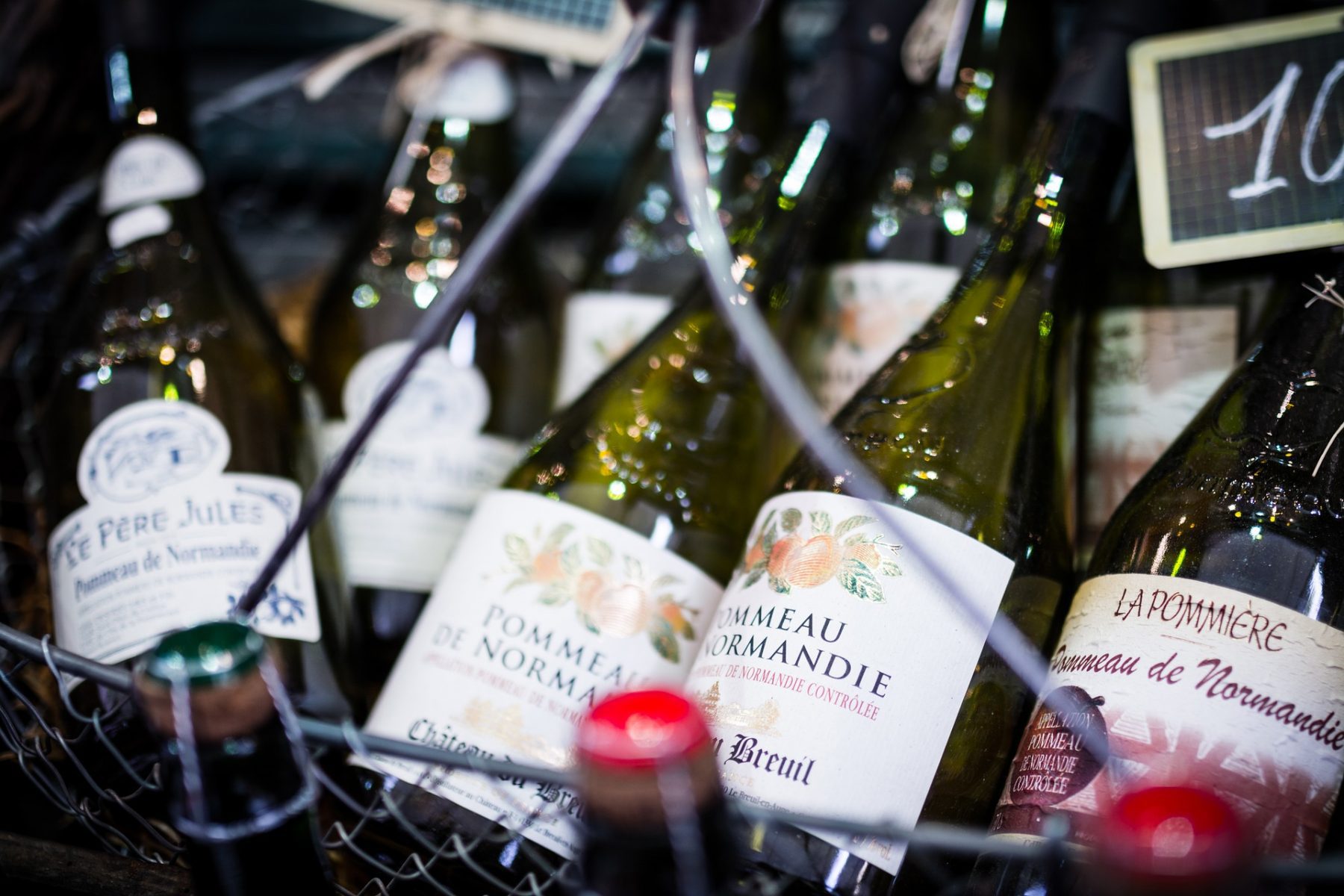 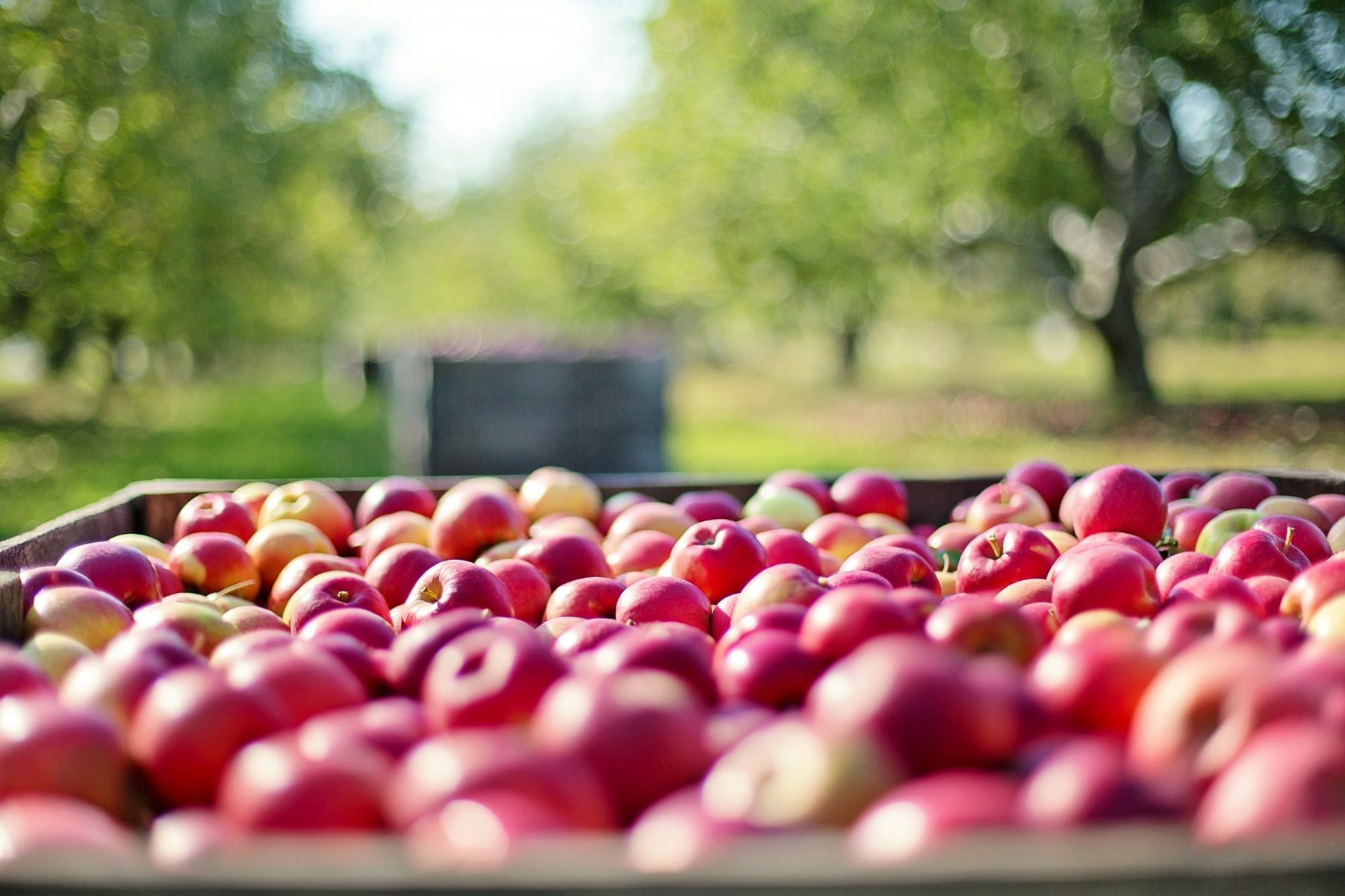 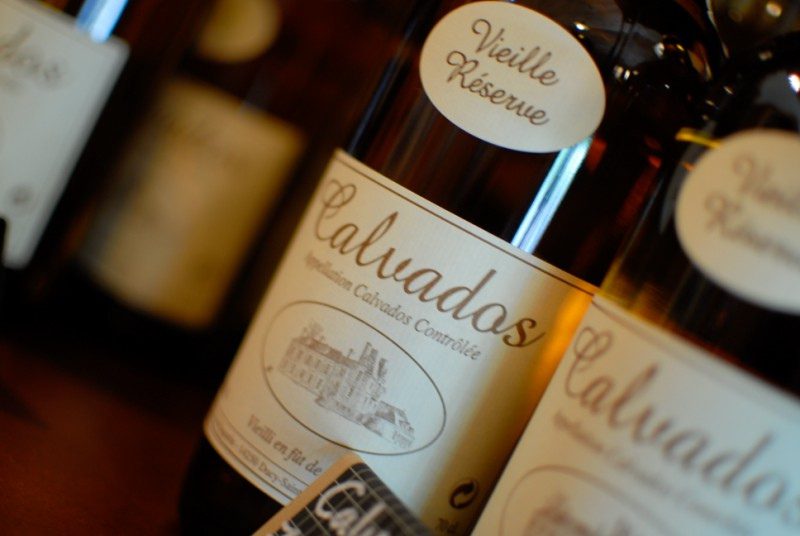 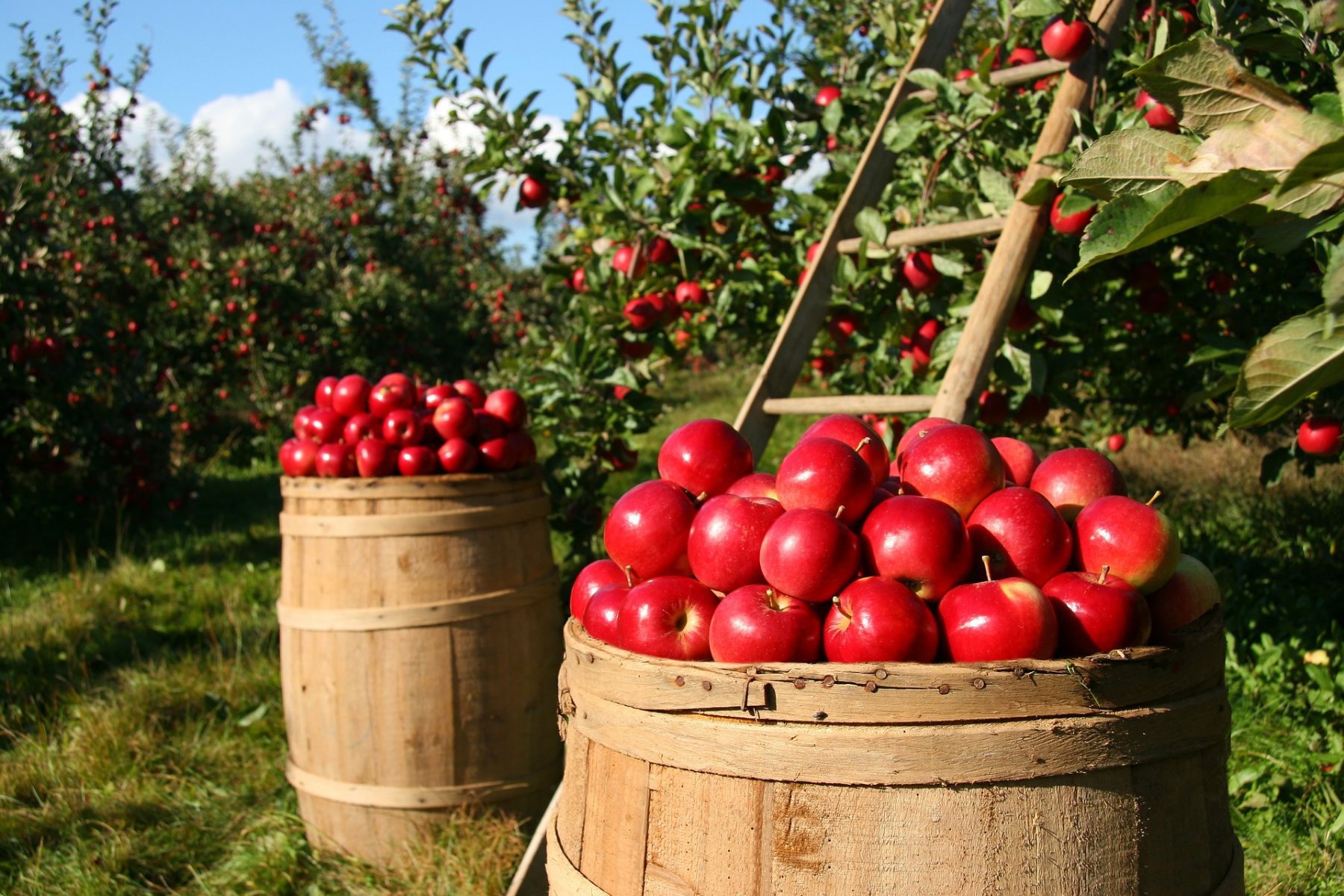 Often nicknamed Calva in the region, the first traces of this beverage dates back to the 16th century: the recipe for brandy was mentioned by the Lord Goubervilles. Calvados was not particularly popular in France for a long time. But during the terrible Phylloxera epidemic, it became incredibly popular and was designated as an AOC later in 1942.

Made from apple juice fermented for a few weeks, it becomes a cider that is then distilled and aged in oak casks for a minimum of 2 years. The very best calvados in terms of quality is made from a double-distillation and comes from the Pays d’Auge. You would appreciate it as an aperitif or as a digestive. But the tradition of the “Trou Normand” holds that it should be drunk between two courses to restore the appetite.

It must be said that cider was not that easy to produce in France because there were quite few consumers for a long time. But now and for the last two decades, cider has been seeing greater success. Even so, you will meet kind people producing their own cider who would be happy be your host. You will find very diverse cider-makers from the more traditional to the new generation, increasingly concerned with the preservation of the environment and energy consumption.

Don’t forget, cider can be paired with an astounding range of meals and the Normans used to say that you can drink it all day long as there is no need for a specific moment to savor some. Come and enjoy these drinks during a magnificent wine day tour in Normandy! 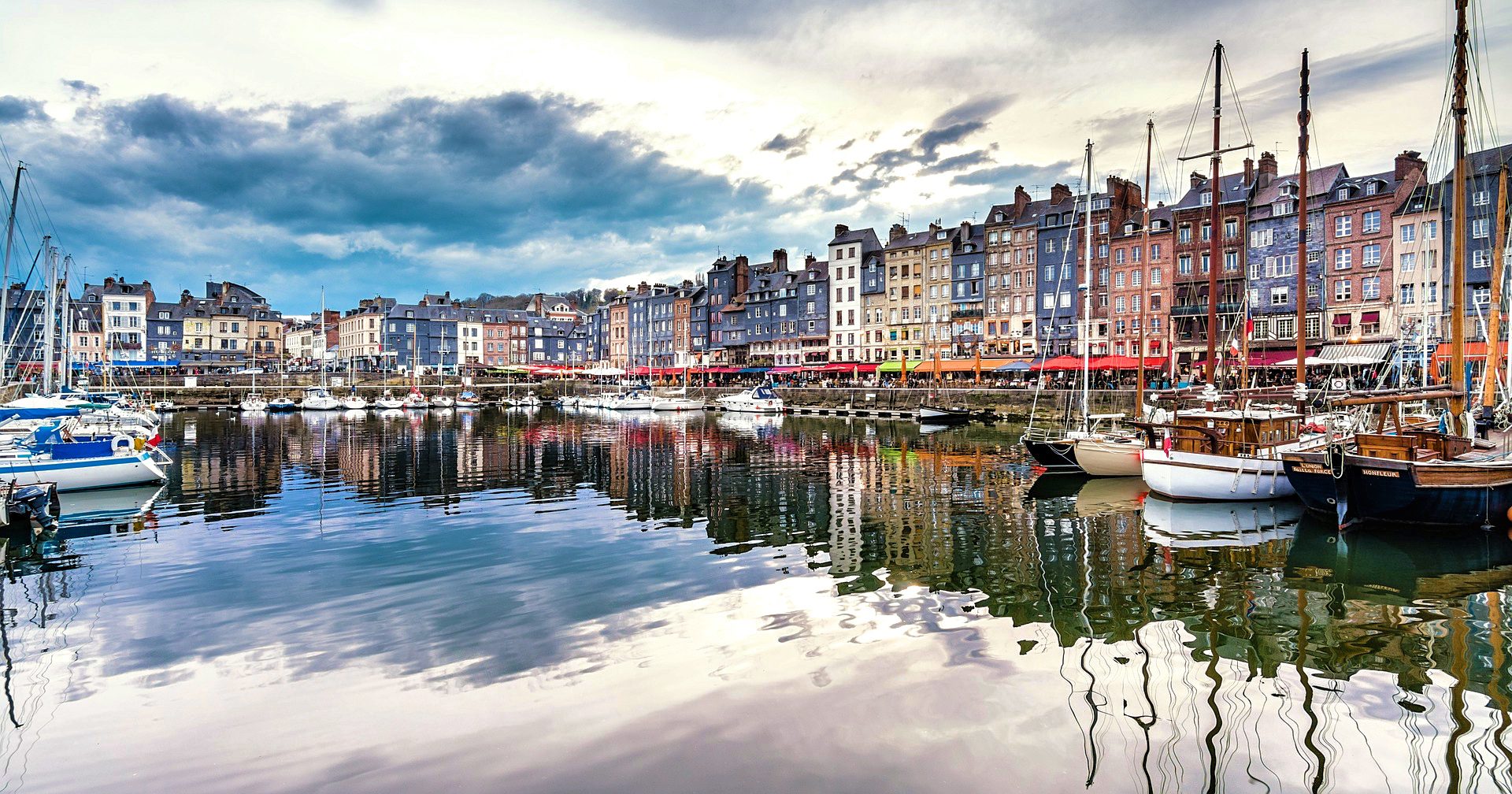 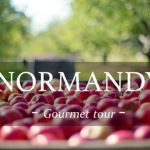 This site uses Akismet to reduce spam. Learn how your comment data is processed.

We use cookies on our website to give you the most relevant experience by remembering your preferences and repeat visits. By clicking “Accept”, you consent to the use of ALL the cookies.
Do not sell my personal information.
Cookie SettingsAccept
Manage consent

This website uses cookies to improve your experience while you navigate through the website. Out of these, the cookies that are categorized as necessary are stored on your browser as they are essential for the working of basic functionalities of the website. We also use third-party cookies that help us analyze and understand how you use this website. These cookies will be stored in your browser only with your consent. You also have the option to opt-out of these cookies. But opting out of some of these cookies may affect your browsing experience.
Necessary Always Enabled
Necessary cookies are absolutely essential for the website to function properly. These cookies ensure basic functionalities and security features of the website, anonymously.
Functional
Functional cookies help to perform certain functionalities like sharing the content of the website on social media platforms, collect feedbacks, and other third-party features.
Performance
Performance cookies are used to understand and analyze the key performance indexes of the website which helps in delivering a better user experience for the visitors.
Analytics
Analytical cookies are used to understand how visitors interact with the website. These cookies help provide information on metrics the number of visitors, bounce rate, traffic source, etc.
Advertisement
Advertisement cookies are used to provide visitors with relevant ads and marketing campaigns. These cookies track visitors across websites and collect information to provide customized ads.
Others
Other uncategorized cookies are those that are being analyzed and have not been classified into a category as yet.
SAVE & ACCEPT
Powered by

When you book with an account, you will be able to track your payment status, track the confirmation and you can also rate the tour after you finished the tour.
Sign Up

Or Continue As Guest